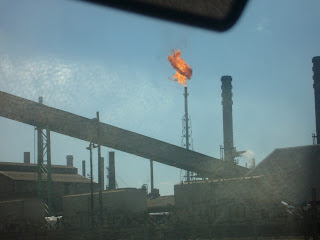 Most importantly the plan aims at the reduction of number of human and environmental health risks, while reducing the amount of emissions in a cost effective manner. In addition, they aim to empower the local municipalities, along with other national and government agencies to help them with meeting the outlined materials within the Air Quality Act.
We as Vaal Environmental Justice Alliance we are calling for government and industries to be transparent, communicate and inform us in any decision making process.
Posted by Learn- Educate - Act- Daily at 10:25 No comments: